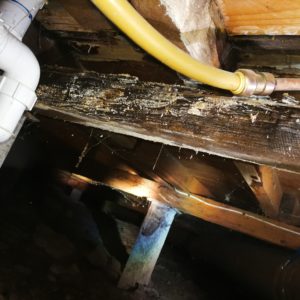 Building Inspection Defects within a new building may include issues like not complying with the energy report, the report may specify double glazing and only single glazing has been installed or if the report states that you require 3000 lt water tank and a 2000 water tank has been provided and if its not sitting on concrete footings then that’s a defect as well.

Often in new building inspections we may find that the flashings have not been installed as required ie gutters are defective if they retain a depth of more than 10mm of water ,gutters and downpipes are required to be securely fixed, wall and step flashings .and sloping sloping flashings cut into walls are defective if they do not incorporate weathering folds-these are all listed in the VBA s Standards and Tolerances 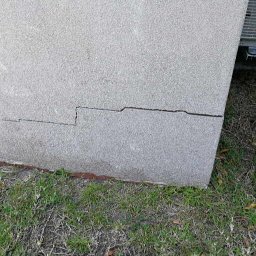 Stumps are defective if they deviate from vertical by more than 10mm in the 1 st metre of length
Levelness of concrete floors Except where documented otherwise, new floors are defective if within the first 24 months of handover they differ in level by more than 10 mm in any room or area, or more than 4 mm in any 2 m length. The overall deviation of floor level to the entire building footprint shall not exceed 20 mm. Refer to Item I of this Guide where the new floor is to abut an existing floor.-refer to the standards and tolerances 2015

Many older buildings develop cracks over a period of time ,these cracks require to be assessed as to there width and require monitoring to discover whether the cracks increase in size ,a lot of these cracks are due to normal building settlement which is minor but sometimes these cracks can develop due to ground heave or subsidence which is either the sudden or gradual downward settling of the grounds surface

Recently inspected two units that were built with so many defects that i was dumfounded that a builders work could be this bad.

I have inspected many new buildings in my time but i have never encountered anything this bad.

The owner was so stressed he did not know what to do, the builder was in the 734 the day of the build and still not finished

The owner was within his rights to terminate the building contract and should have received advice from a solicitor earlier than when he finally did.

As it turned out the solicitor that he employed was not up to date with the building requirements and the client was not receiving relevant advice and at $450 per hour that he was being charged he was going very close to being broke himself .

So important to employ a solicitor that has experience with VCAT and can get you out of a building contract legally without having to spend a fortune on legal fees. 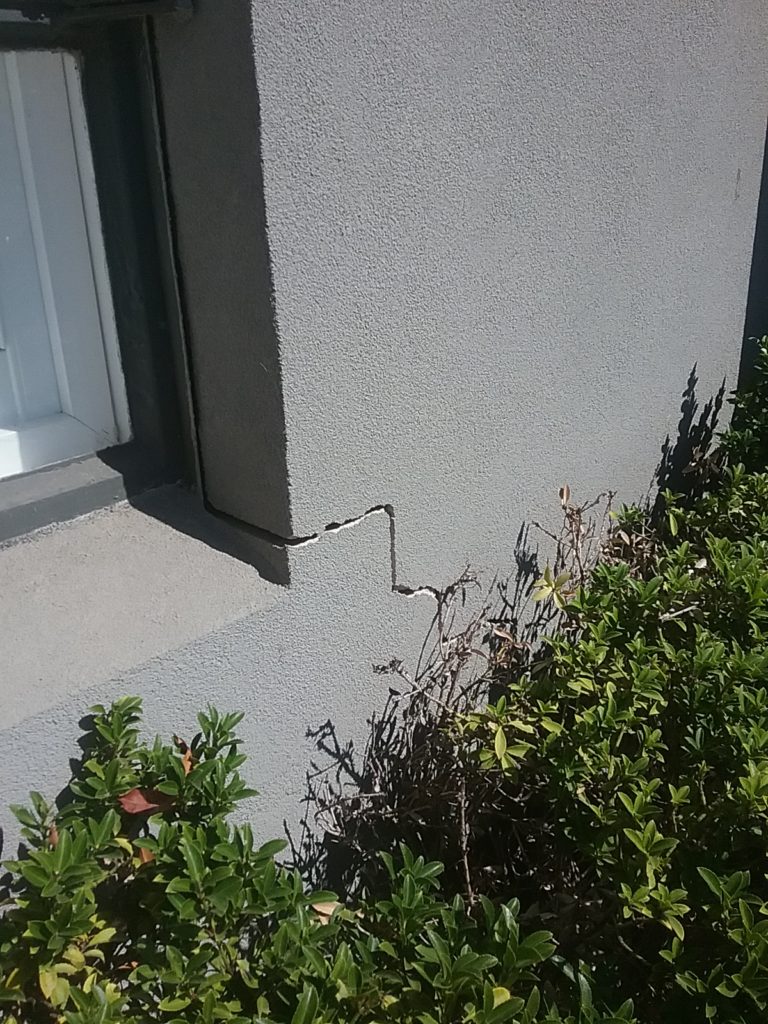 There were major defects with the flooring levels off one of the units, the front half of the house was built on stumps and the rear half was a concrete slab.

The Specifications section 1.0 of the energy report stated that all window and sliding doors were to be double glazing but the builder ignored this and installed single glazing.

Should the building surveyor have also picked this up-no he didn’t WHY ??

Termite protection was also a requirement but again was not provided.

No insulation was installed into roof space, no ladders supplied for manholes, balustrades not installed in true position as per working drawings, no instantaneous hot water service installed, no water tank installed, the list goes on and one-UNBELIEVABLE but true.

The VBA states that Building surveyors and building inspectors are responsible for making sure that buildings are safe, energy efficient and liveable.

They interact with other professionals such as engineers, architects and builders to ensure that buildings are designed and constructed to comply with building regulations as well as

• Prepare a written record of building work inspected, documenting details of noncompliant features Well in this case it seems that the Building surveyor did not comply with the above requirements of the Victorian Building Authority (VBA)

Always get your new building inspected by a registered building practitioner don’t take short cuts ,for the small cost involved its well worth it